Saudi Arabia among the front-runners to stage the fight, along with the Principality Stadium in Cardiff as well as Las Vegas 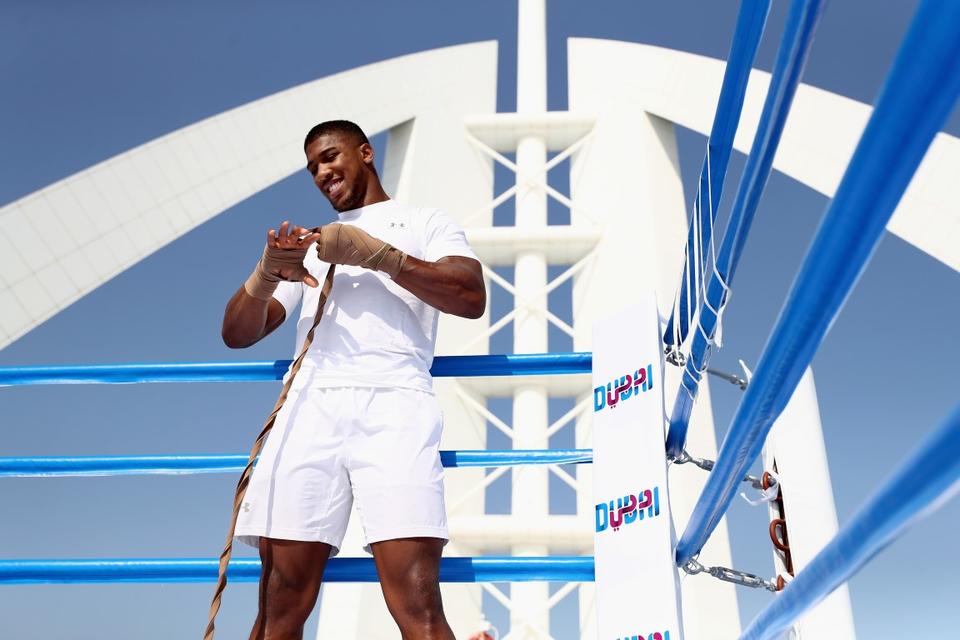 Joshua will first take on IBF mandatory challenger Kubrat Pulev of Bulgaria on June 20 while Fury is likely to settle a contractual obligation to face Wilder again the following month.

Anthony Joshua's promoter Eddie Hearn has revealed he is "ready to conclude a deal" for an all-British showdown between his fighter and Tyson Fury in December to determine the undisputed world heavyweight champion.

Fury beat American Deontay Wilder last month to win the WBC title, meaning he and Joshua, the WBA, IBF and WBO champion, hold all four of the major belts in boxing's heavyweight division.

Clamour for a bout between the pair has been building but Joshua will first take on IBF mandatory challenger Kubrat Pulev of Bulgaria on June 20 while Fury is likely to settle a contractual obligation to face Wilder again the following month.

However, Hearn has divulged that talks with Fury's handlers are progressing smoothly for a blockbuster fight later this year, provided both combatants come through their next bouts.

Hearn told the Press Association: "Myself and Bob Arum (Fury's promoter) have been talking to a point where we're ready to conclude a deal and try to move forward to get that deal done for December.

"There's no reason why we can't put that deal in place now for the winner of those two fights."

He added: "We've just got to iron out some basic things like broadcasters and where the fight is going to take place. But I believe there's a real desire from both sides to get that fight done now. December would be perfect.

"To have two British heavyweight champions is unbelievable but to have them fighting for the undisputed championship is something that will never, ever happen in our lifetime again."

The Principality Stadium in Cardiff as well as Las Vegas and Saudi Arabia remain the front-runners to stage the fight.

But Hearn is optimistic of more than one meeting between the pair and is confident that they will cross paths in Britain at some point.

"This fight is probably going to happen two, maybe three times," he said. "We're going to get it in the UK, it's just whether one, two or three.

"December limits us in the UK, it just really leaves us with the (Principality Stadium), so we're going to look at all options but first thing's first, let's get the deal papered and know exactly where we stand."