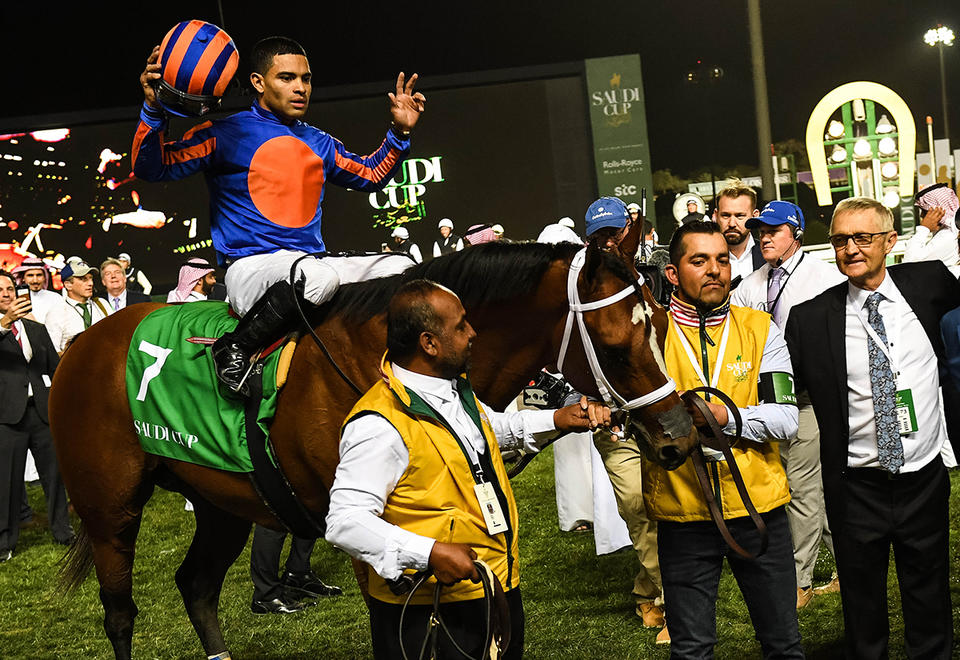 The move came after trainer Jason Servis (R) was charged along with 26 other individuals on Monday for involvement in a wide-ranging horse doping scandal. Image: Jockey Club of Saudi Arabia/Martin Dokoupil

The owners of drug-tainted champion racehorse Maximum Security severed ties with trainer Jason Servis on Tuesday over his alleged involvement in a massive doping scandal, a statement said.

The move came after trainer Servis was charged along with 26 other individuals on Monday for involvement in a wide-ranging horse doping scandal.

Authorities said Servis had routinely drugged horses in his care, including Maximum Security, which made headlines last year after crossing first in the Kentucky Derby only to be disqualified.

In a statement, West described the allegations against Servis as "disturbing and disappointing."

"Yesterday, Jason Servis, a trainer we have used for 5 years was indicted on multiple charges regarding using an illegal substance in horses," West said.

"This news is extremely disturbing and disappointing. Therefore we will be moving all our horses from Jason Servis as soon as arrangements can be made with other trainers. Maximum Security will be sent to Bob Baffert."

Federal authorities on Monday described the doping ring as the largest ever to be prosecuted in the United States.

Prosecutors said investigators had uncovered evidence of "cruelty and inhumane" treatment of horses linked to the 27 people accused of wrongdoing.

An indictment said Servis had administered performance-enhancing drugs to "virtually all the racehorses under his control".

William F. Sweeney, assistant director of the FBI's New York office, said the substances given to the horses made them run faster than their natural ability allowed, and increased risk of injury.

"What actually happened to these horses amounted to nothing less than abuse," Sweeney said.

"They experienced cardiac issues, overexertion leading to leg fractures, increased risk of injury and in some cases death."