The twin shocks of lower oil prices and the coronavirus fallout will speed up bank mergers in the Gulf, according Moody’s Investors Service, which said financial concerns will play a larger role in encouraging deals.

“Merger deals will be increasingly motivated by purely financial considerations” as opposed to common shareholders that drove some of the combinations in the past years, analysts including Badis Shubailat and Nitish Bhojnagarwala wrote in a note.

“Mergers and acquisitions will remain a recurring credit theme over coming years.”

Even before the pandemic hit, the Middle East’s financial-services industry was witnessing a wave of consolidation as banks sought ways to improve competitiveness and boost capital amid slowing economic growth. 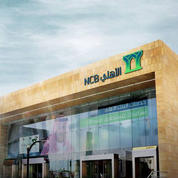 How Saudi Arabia's $15.6bn bank merger would stack up

Some of the biggest lenders in Saudi Arabia, the UAE, Kuwait and Qatar have either combined their operations or are in the process of doing so.

The region is also heavily over-banked and lenders are being compelled to do deals to remain competitive. There are more than 70 listed banks in the six-nation Gulf Cooperation Council, according to data compiled by Bloomberg, catering to a population of about 50 million people. 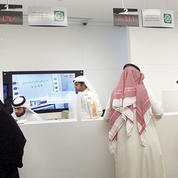 “The revenue shock will shift management attention to cost discipline and consolidation opportunities as main sources of bottom-line uplift,” the ratings agency said.

It added: “The current economic shock underscores how dependent GCC economies still are on hydrocarbon revenues, despite broad diversification agendas.

“Many banks will need to increase scale if they are to play a full role in the region’s economic transformation.”